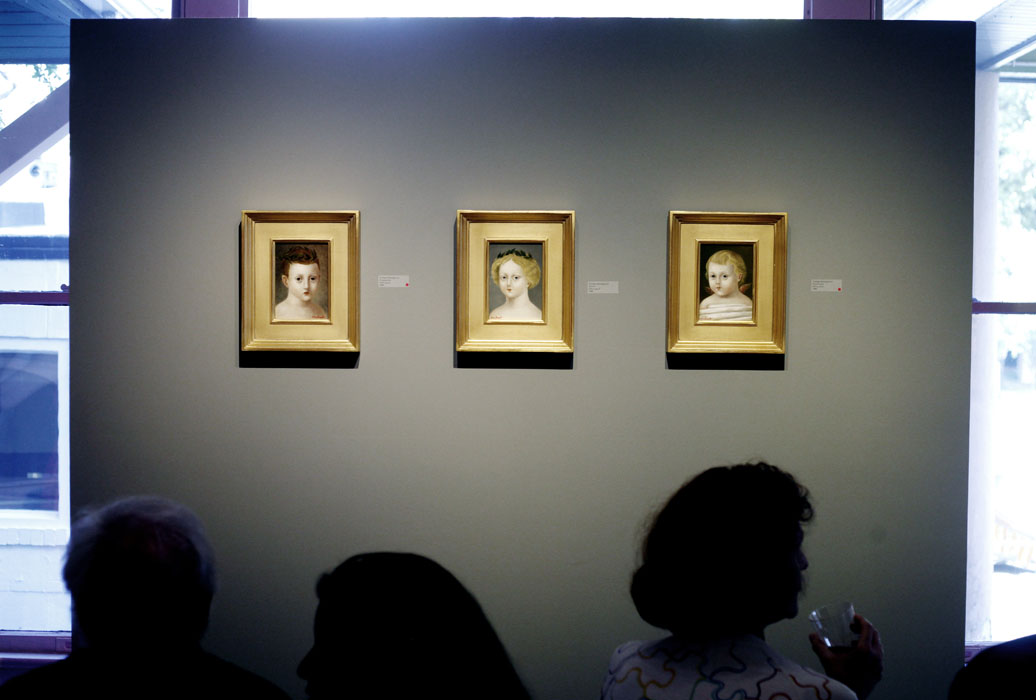 Fatima's shows always delight with their whimsy, technical skill and slightly naughty symbolism. She enjoys watching the crowd try to decipher the narrative amongst the works. When pushed for clues, she stays vague- wanting the viewer to come up with their own possible story-lines. Very interesting converstations result. I think that is why her work sells so well. A new story can emerge every time one looks at her peices. Imagination is a powerful thing. 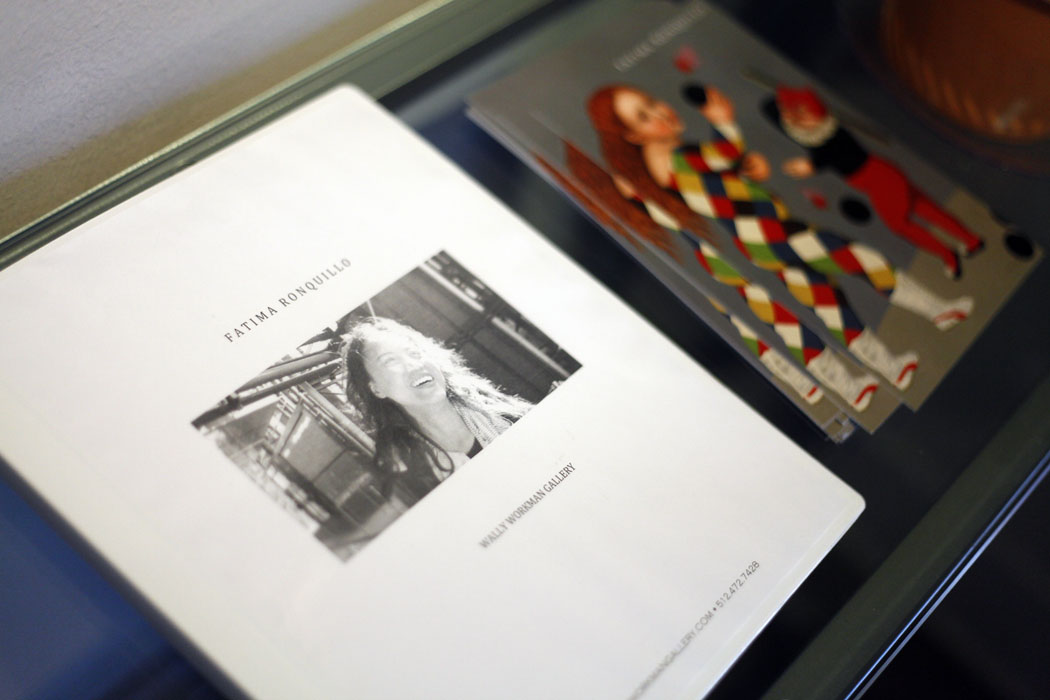 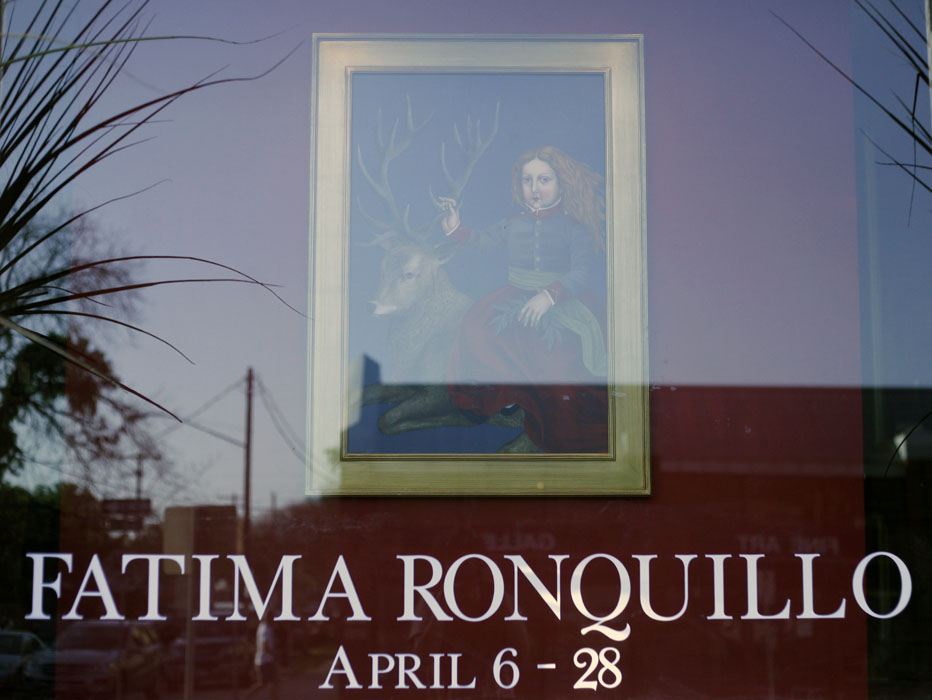 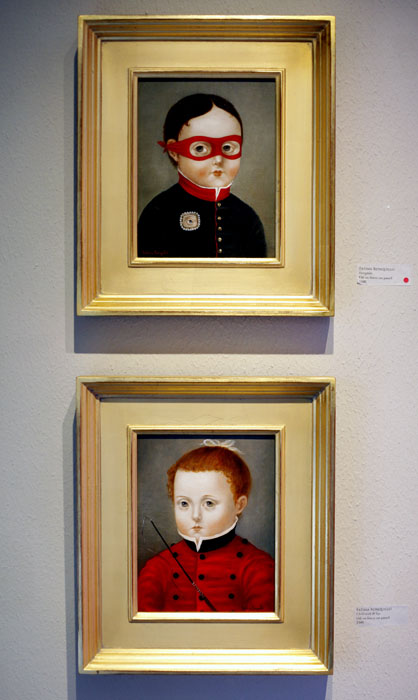 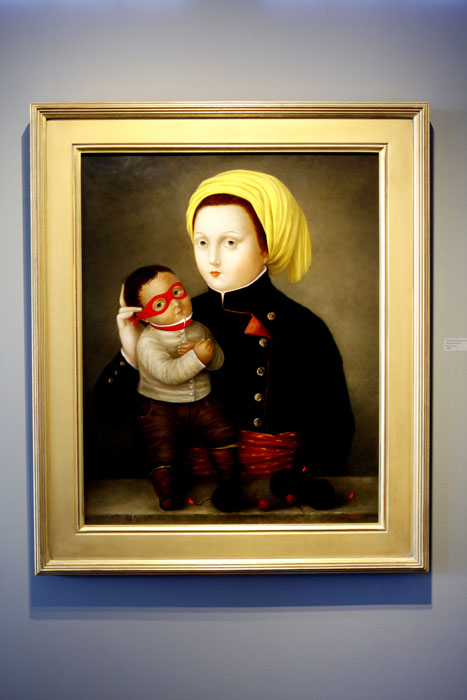 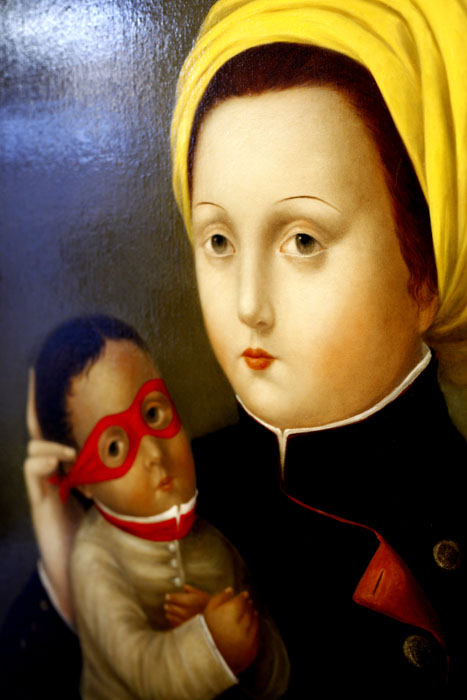 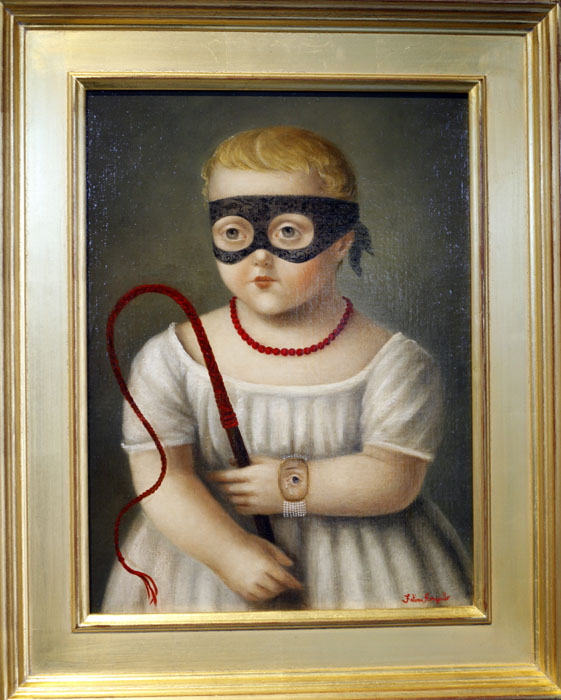 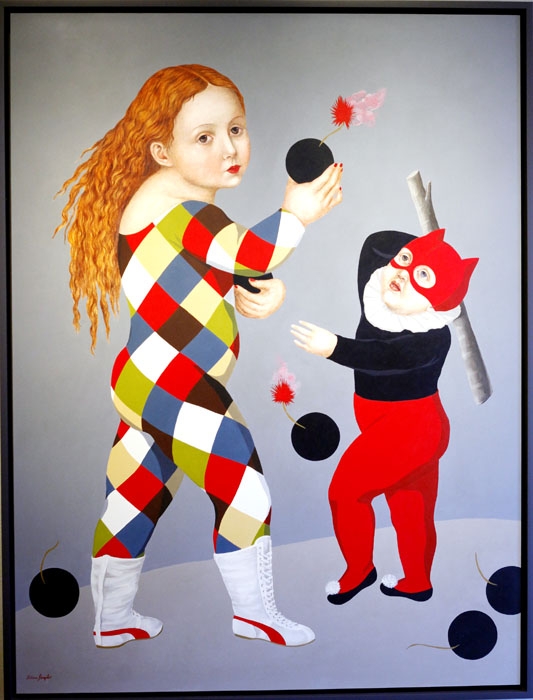 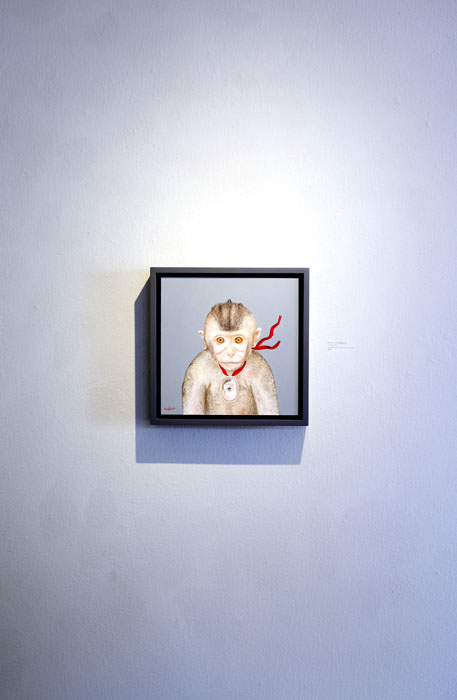 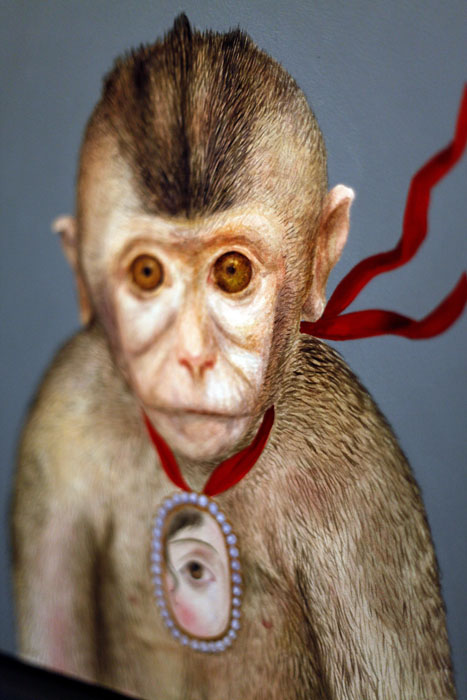 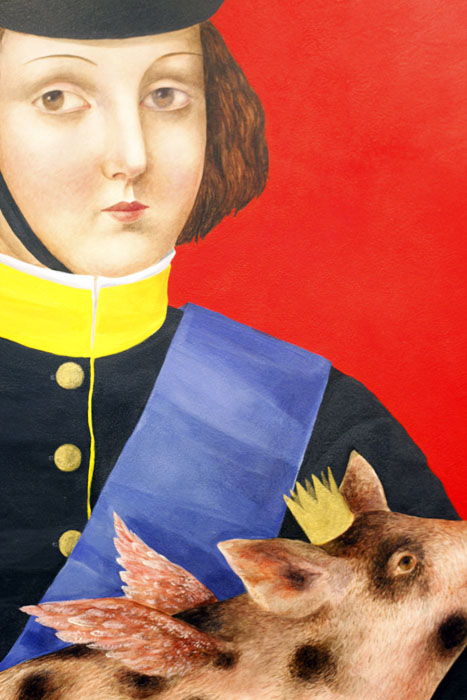 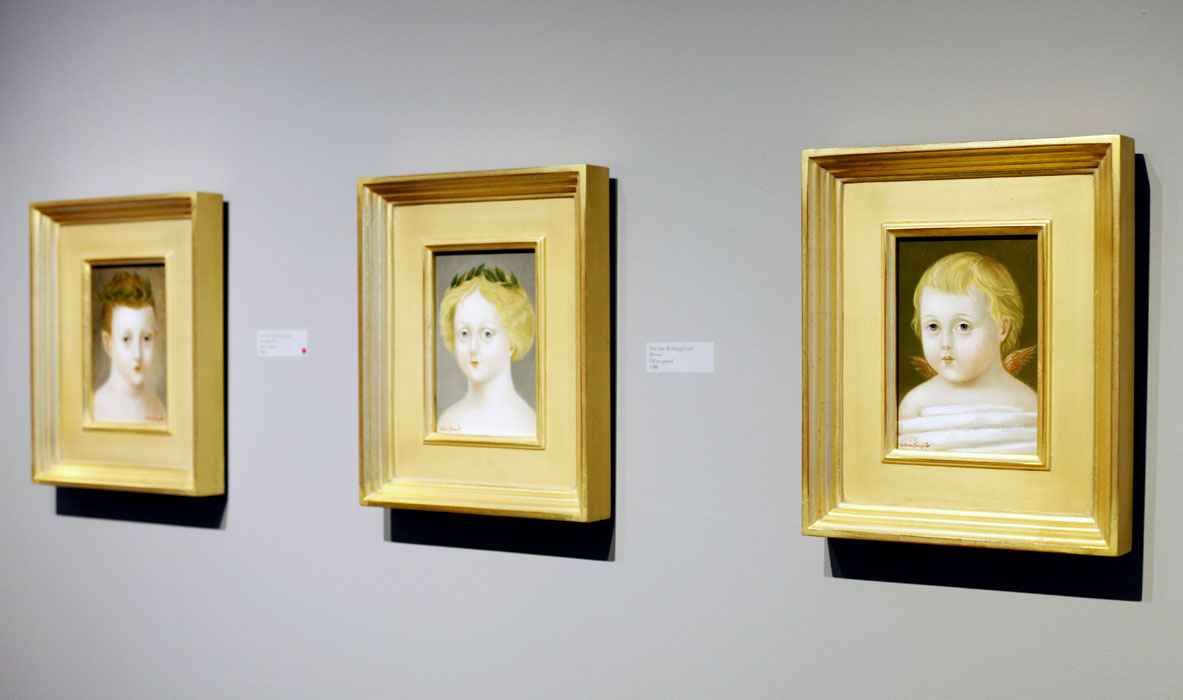 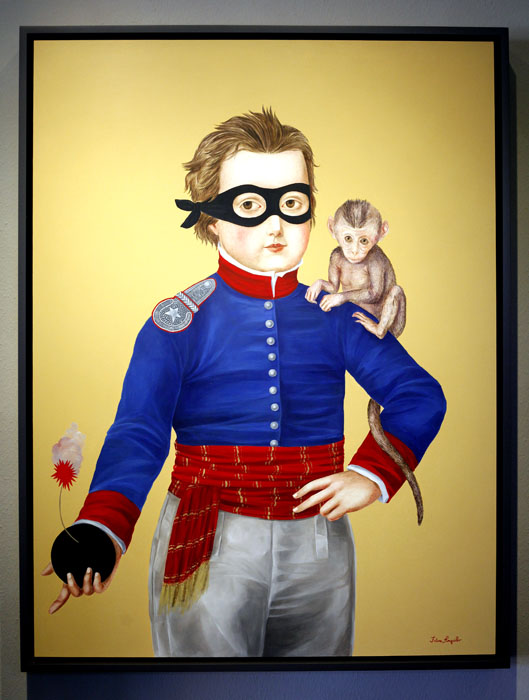 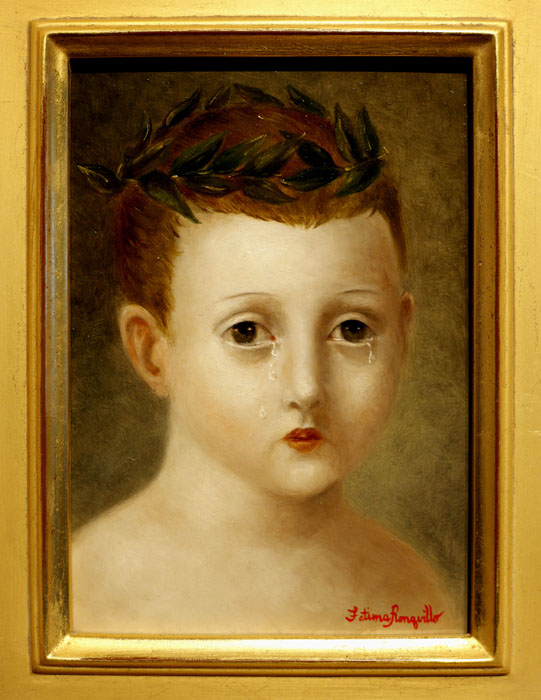 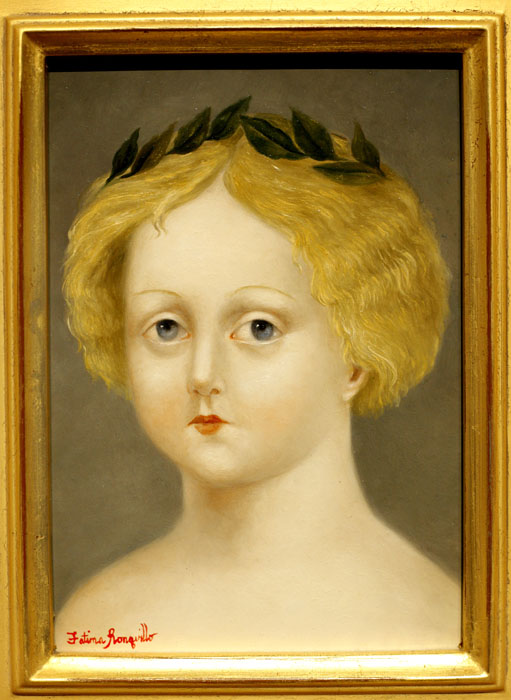 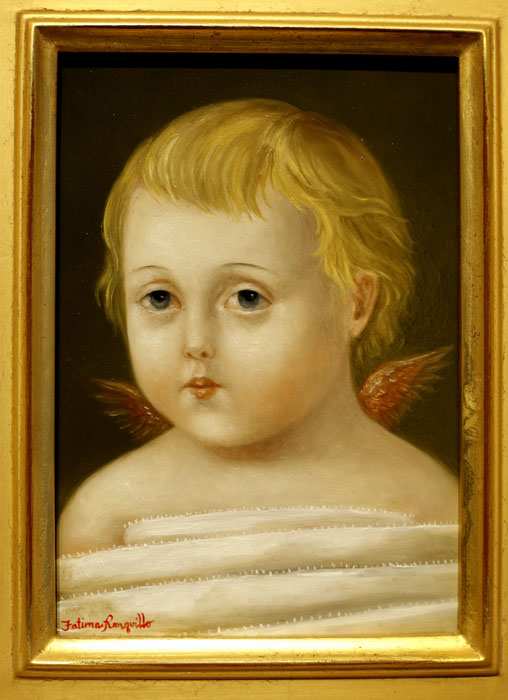 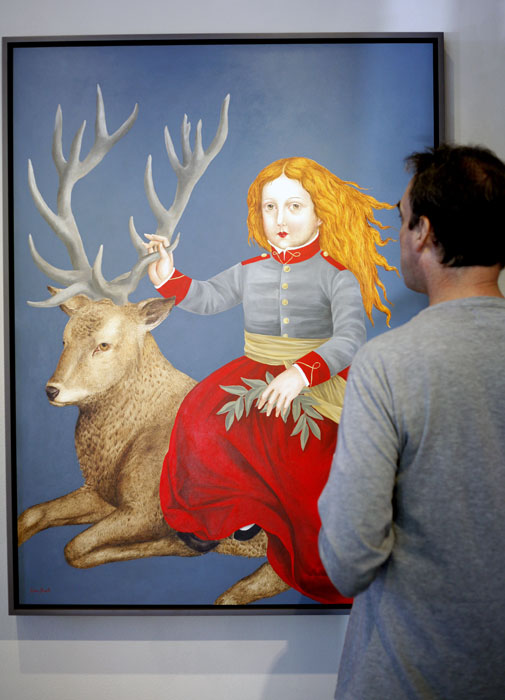 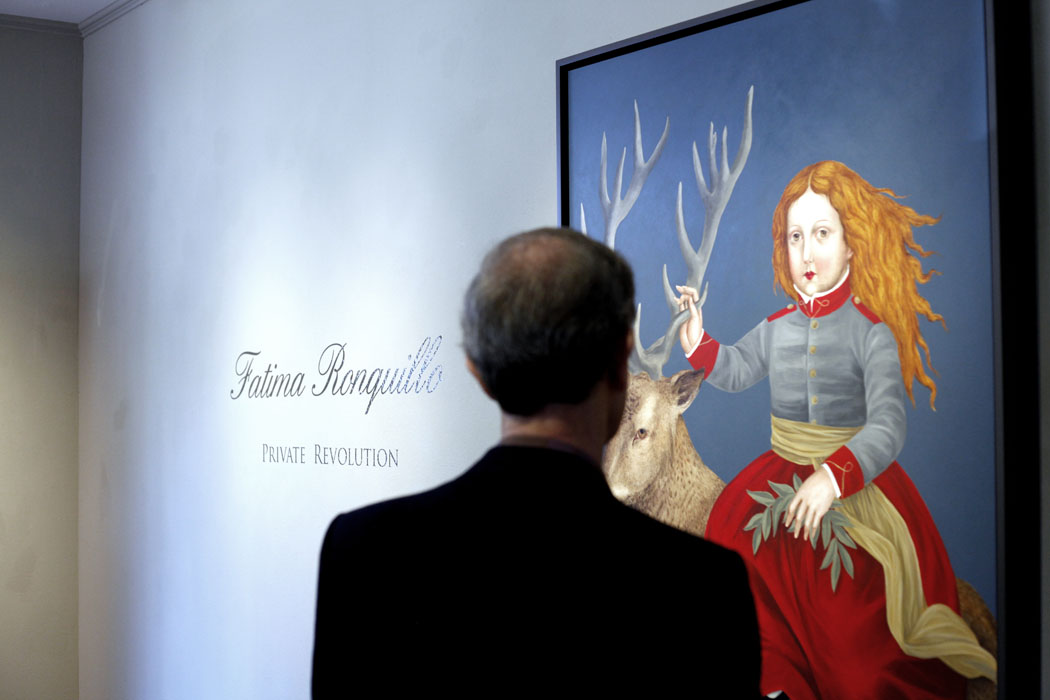 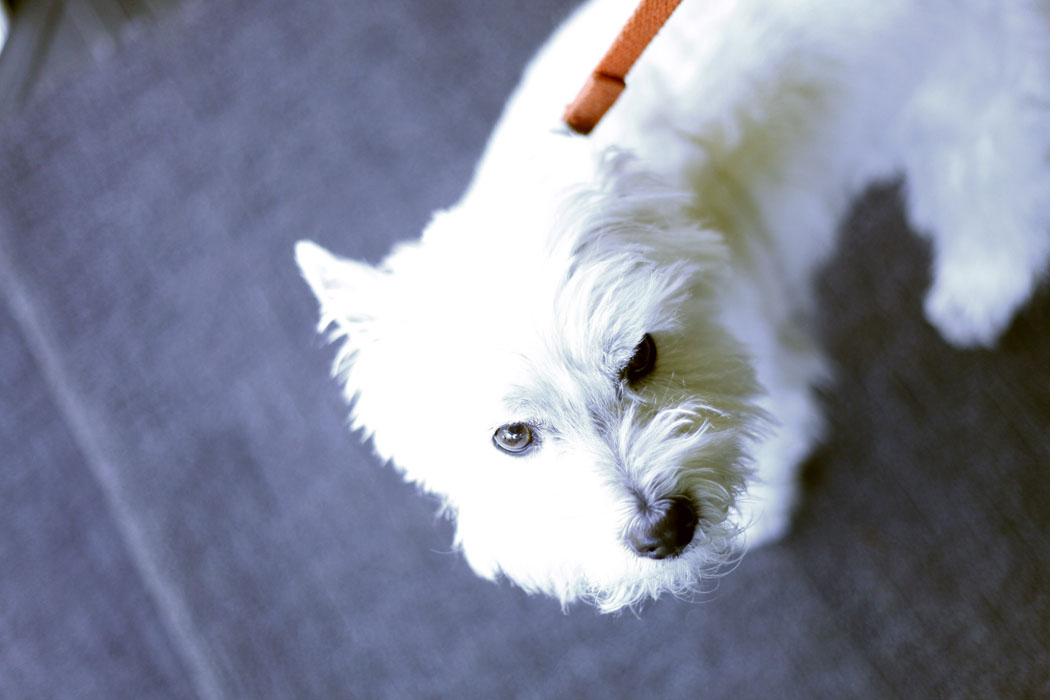 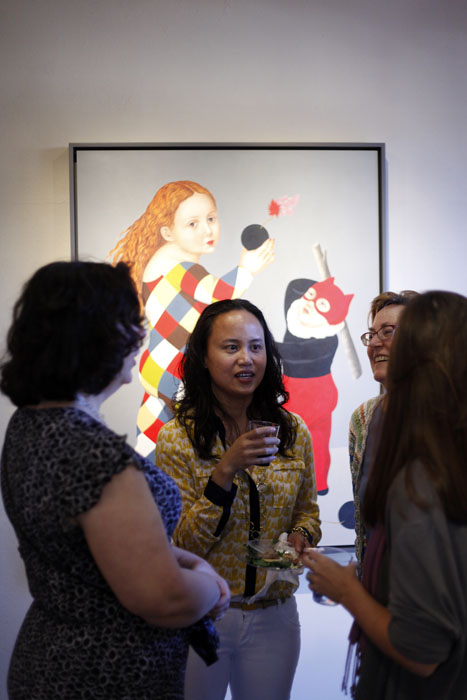 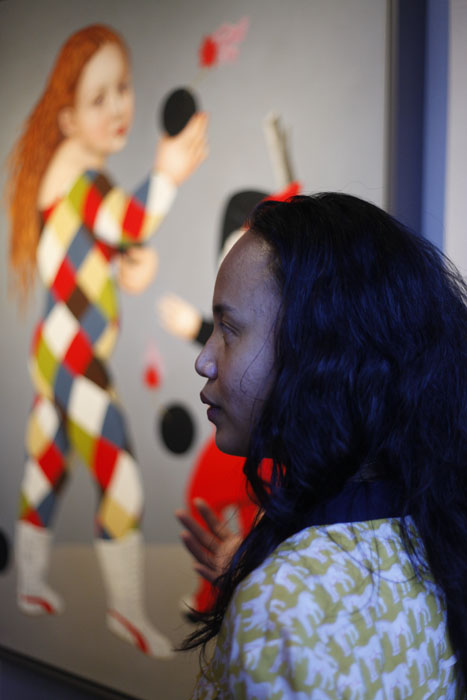 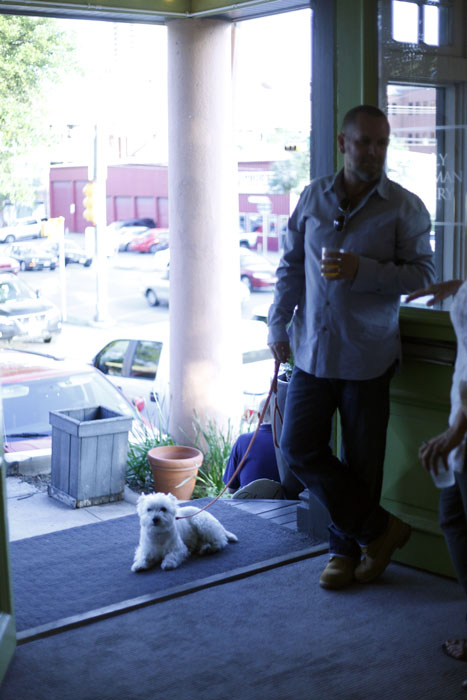 Rick and Sophie at the opening 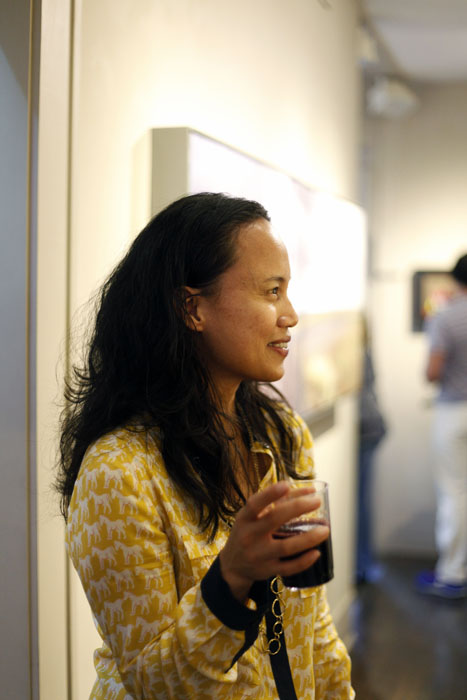 Fatima at the opening 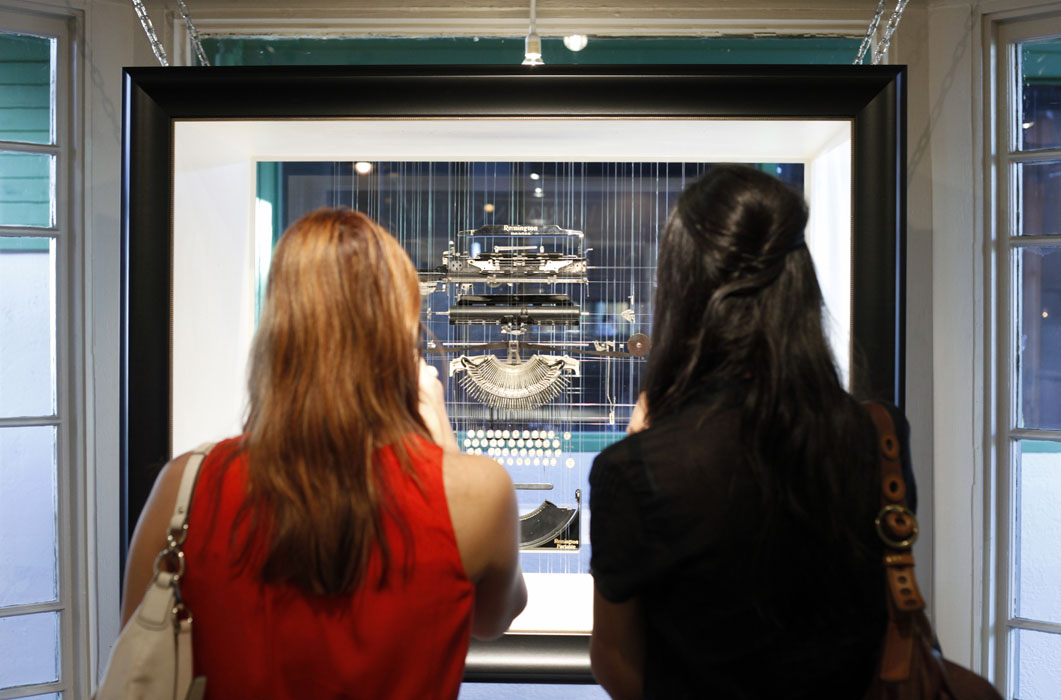 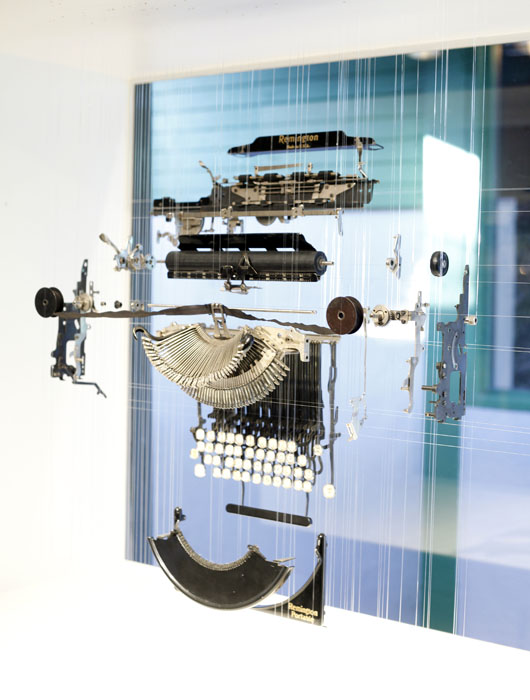 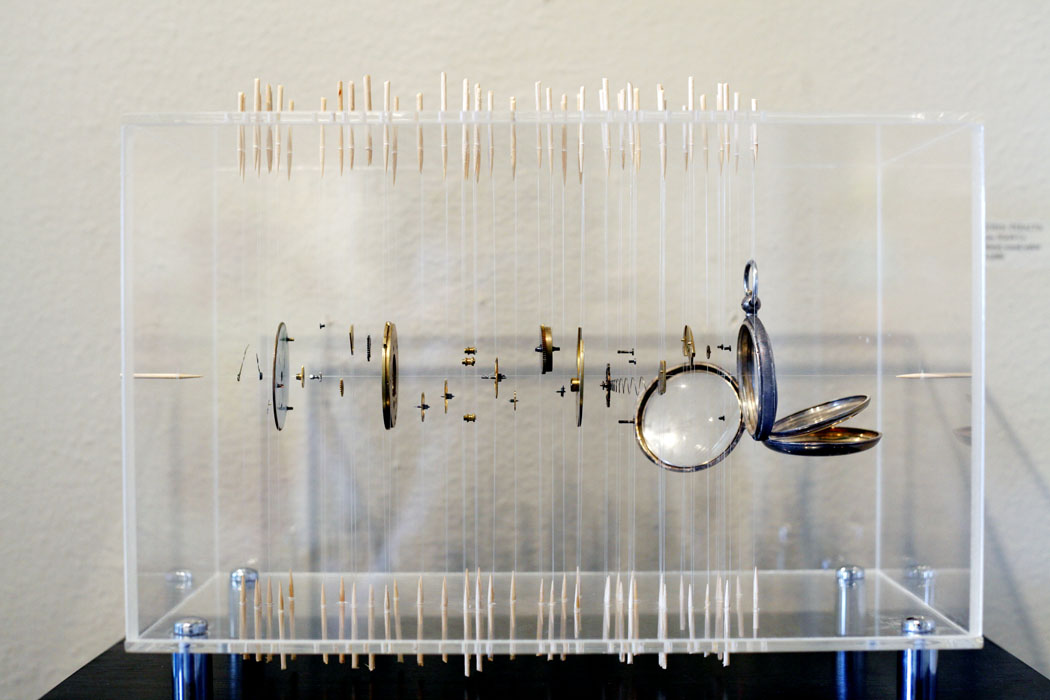 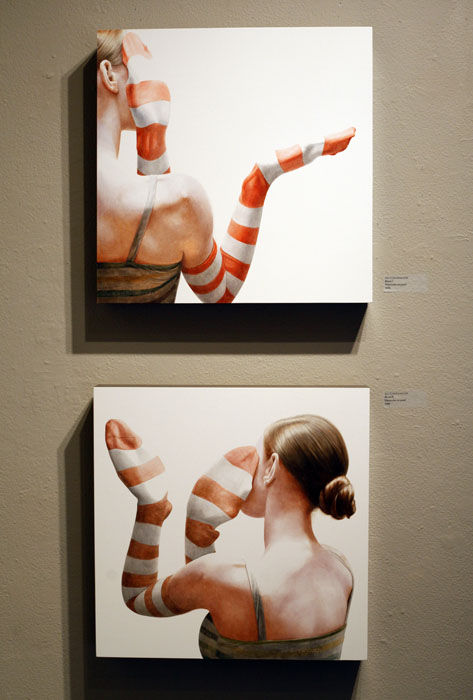