The Musings of Malcolm Bucknall

The painter Malcolm Bucknall has sent us his thoughts on the pandemic. Reflecting back through the annals of art history, the artist is immersing himself in works by artists such as Hieronymous Bosch and Lucas Cranach the Elder. These artists created work during the Plagues that ravaged Europe centuries before. In particular, Bosch's seminal "The Garden of Earthly Delights" reminds humanity that life is cyclical, and that we will return from this dark abyss and again bask in the golden light of paradise that is the Garden of Earthly Delights. Malcolm's words further this sentiment that life and art will prevail perhaps slowly but gloriously and something magnificent will emerge. 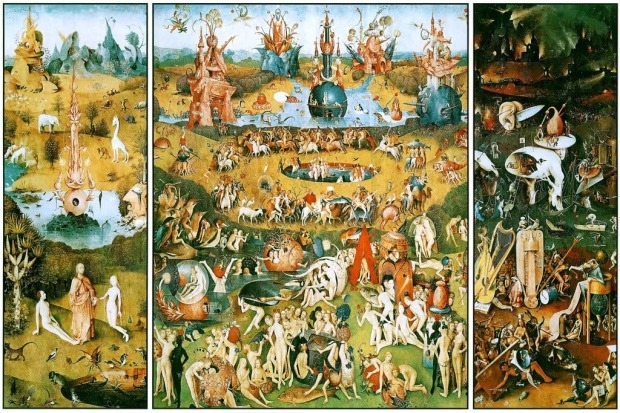 What Goes Around Comes Around

Presently deriving inspiration and imagery from Hieronymus Bosch and Lucas Cranach—am I a time-lapsed apprentice?

Then
1347 The Plague (population of England reduced from six million to two million) bringing disruption of the old order and construction of a new.

1453 Fall of Byzantium and decimation of a vast body of classical knowledge with the loss of the Library of Constantine.

A Busy half-century--post-pandemic and transforming!

Now
There’s a new plague in town from which I am largely sequestered. Here’s me sitting in my studio fascinated with the work of these guys. I have easy availability to good color reproductions, in print and on the internet that can be matched and mashed, reduced and enlarged, added and subtracted, generally manipulated any which way.

Art may be timeless, but sensibilities change. My exemplars’ works were heavily narrative and very dense, due perhaps to the relative scarcity of books and definitely to the lack of cameras, movies and TVs. “There’s a new picture in town” would be the advertisement for a new Lucas Cranach work, meaty enough to take your girlfriend to with maybe a banquet afterwards. That sensibility—very un-Modern—speaks to me, engages a contemporary mindset.

So that’s what’s grabbing me. Maybe a time-lapsed apprentice, but I’m enjoying this approach to painting here and now. 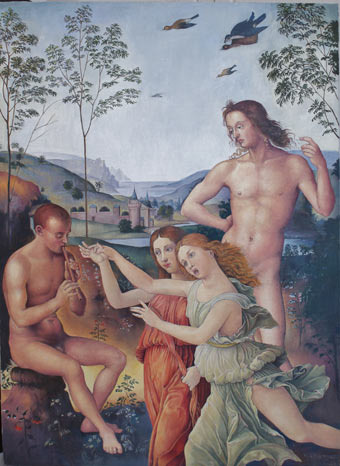 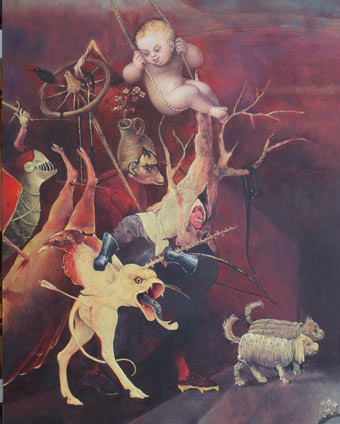 Malcolm Bucknall, Boy on a Swing: Above the Turmoil, oil on canvas, 20 x 16 inches 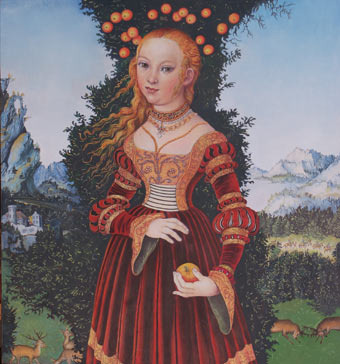 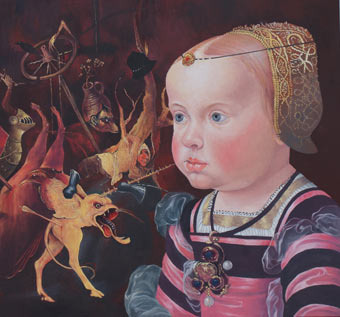 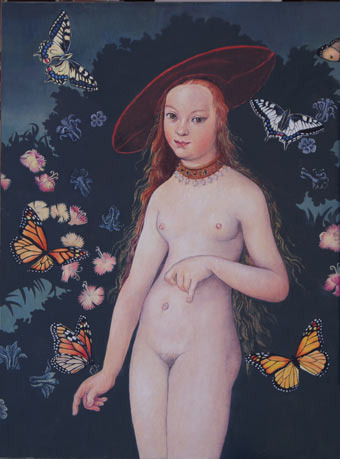 For further reading:
Jerry Saltz’s article Revisiting a 16th-Century Masterpiece of Mass Death From Self-Isolation in 2020.