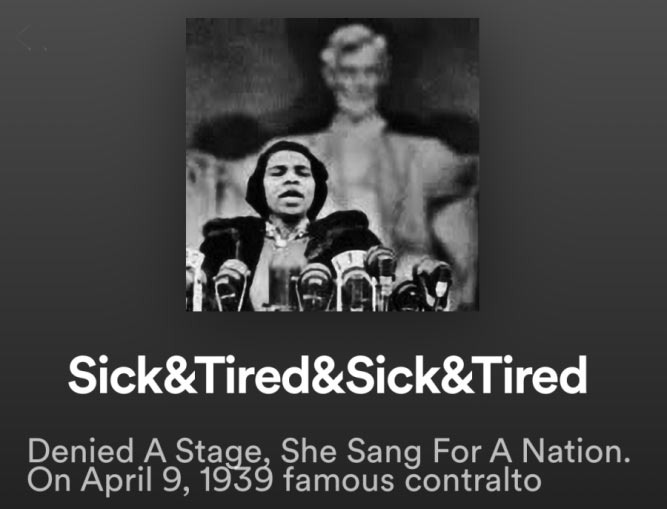 I have been captivated in being an eyewitness to History as the Black Lives Matter movement has swept the planet, but how sad that the murder of George Floyd had to be the catalyst for millions to demonstrate their resolve for change. In that vein, I put together this Spotify Playlist. - Liz Tirrell

Listen to the playlist Liz Tirrell put together on Spotify.

(Photo) Denied A Stage, She Sang For A Nation. On April 9, 1939 famous contralto Marian Anderson was barred from singing at Costitution Hall by the Daughters of the American Revolution, who owned the Hall. The venue was changed to the Lincoln Memorial where an audience of 75,000 gathered to watch her sing.