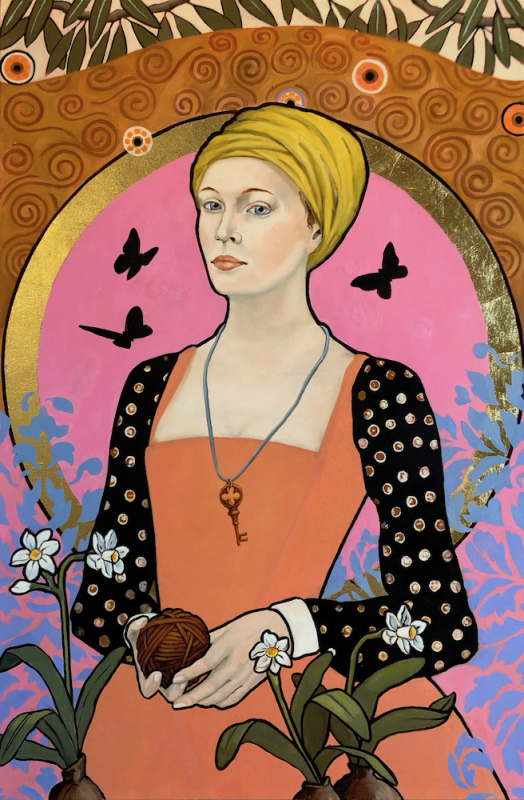 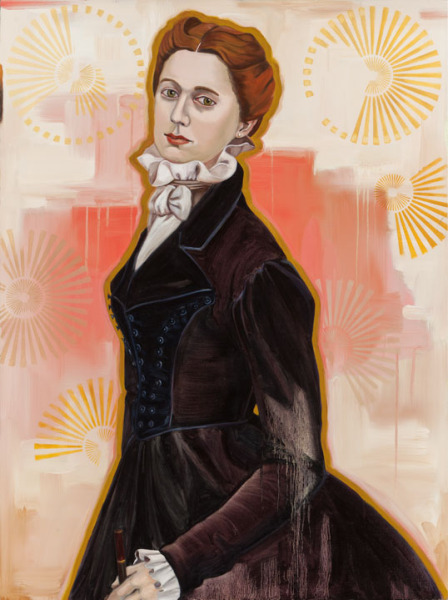 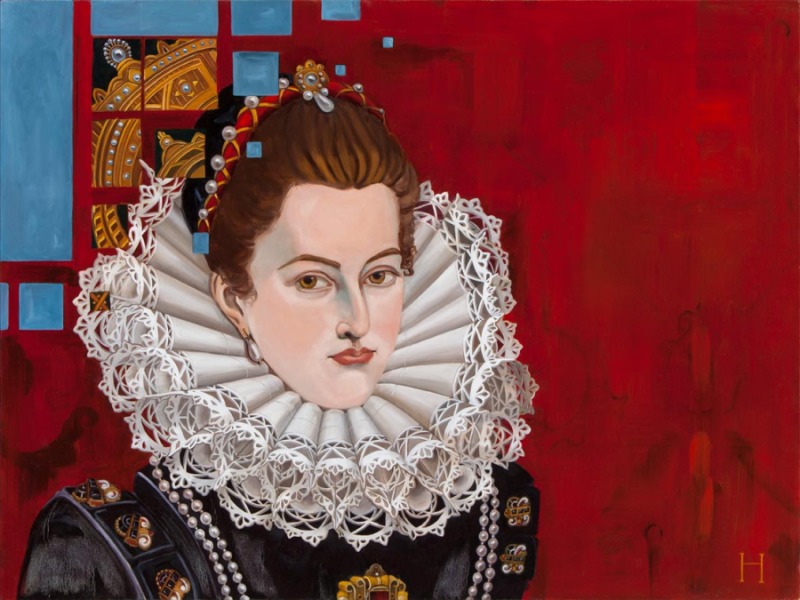 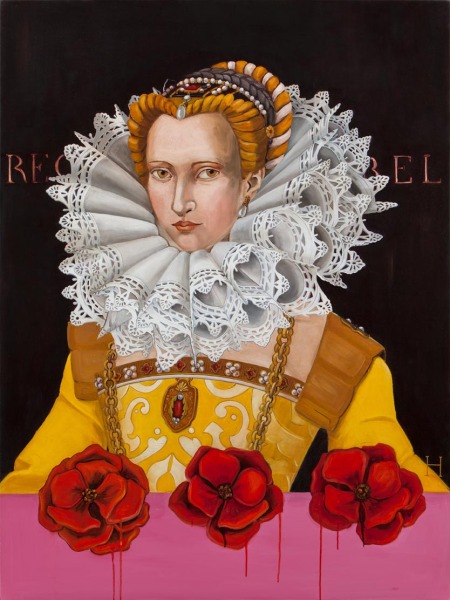 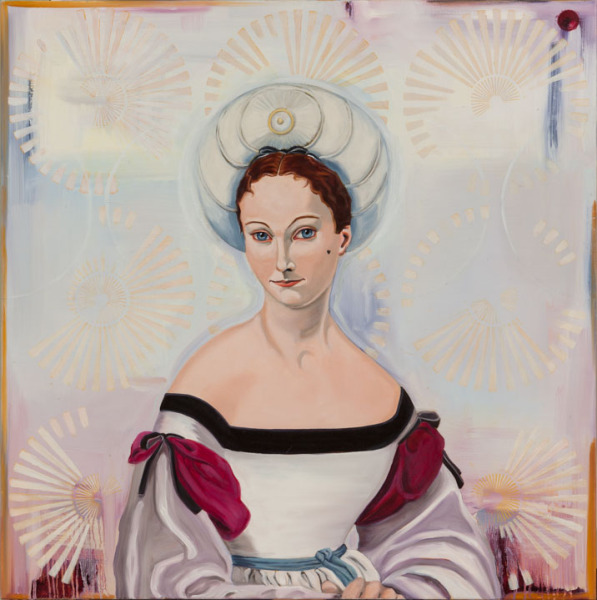 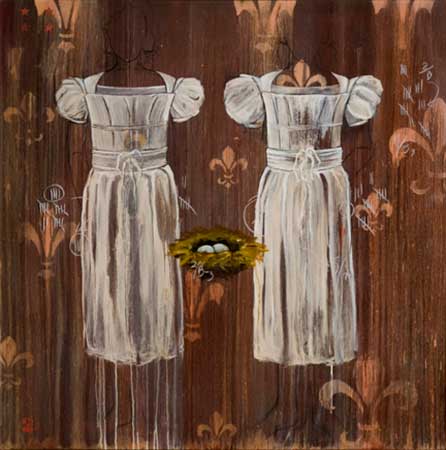 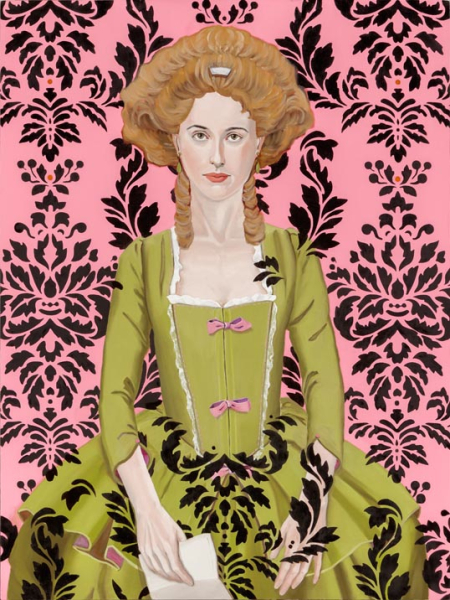 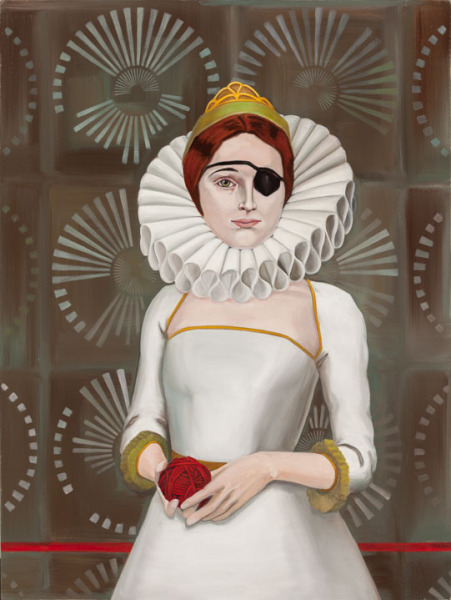 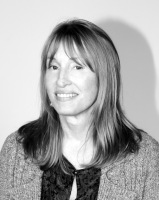 Watch a video progression of one Honora's latest paintings.

Take a virtual tour of her 2016 show with us here.

Honora Jacob's new work, Contemporary Histories, re­examines portraits of individuals throughout history to illustrate the premise that history flows into the present in an ever-changing state. And, with each new context, we view people and events through a contemporary lens specific to that moment.

Jacob appropriates and re­contextualizes original portrait elements to create re­invented portraits using technique and patterning that brings a contemporary context and perspective to these historically inspired portraits. In doing so, she imbues them with a new respect and sense of purpose. Inspired by a plethora of influences, from Holbein, Raphael and Gainsborough to Kehinde Wiley, Wayne Thibeaud, Lance Letscher and Ellen Heck, Jacob melds the traditional and the modern into a celebration of classical portraiture that revels in the sophistication of anachronism.

Of her previous work;
Read Wayne Alan Brenner's review in the October 8th issue of The Austin Chronicle here.

She has exhibited her work in over 30 group and solo exhibitions since 2001. And, after a circuitous route including Kentucky, New York, and a brief stint in London,UK, Ms Jacob currently resides in Austin, Texas.